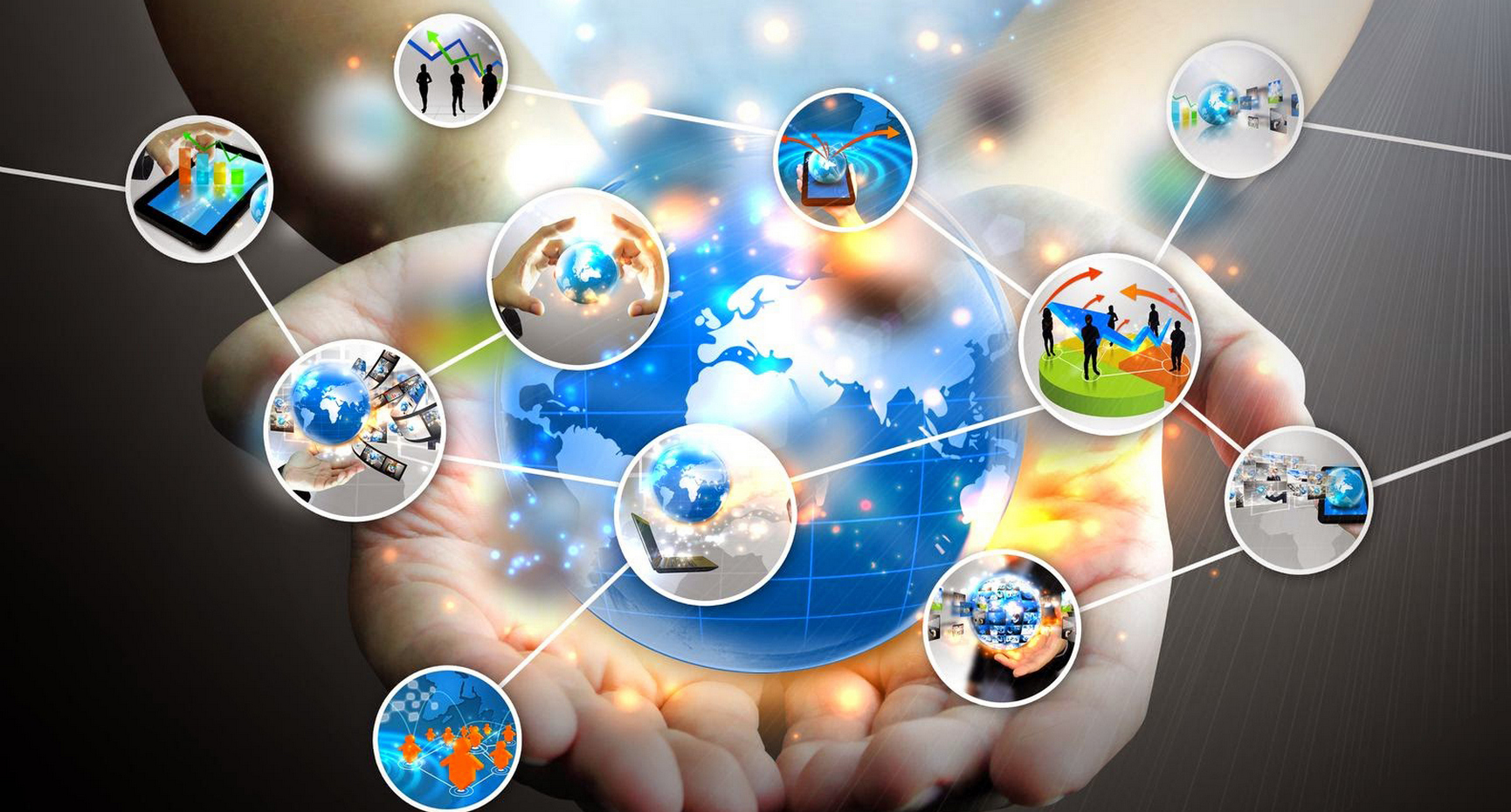 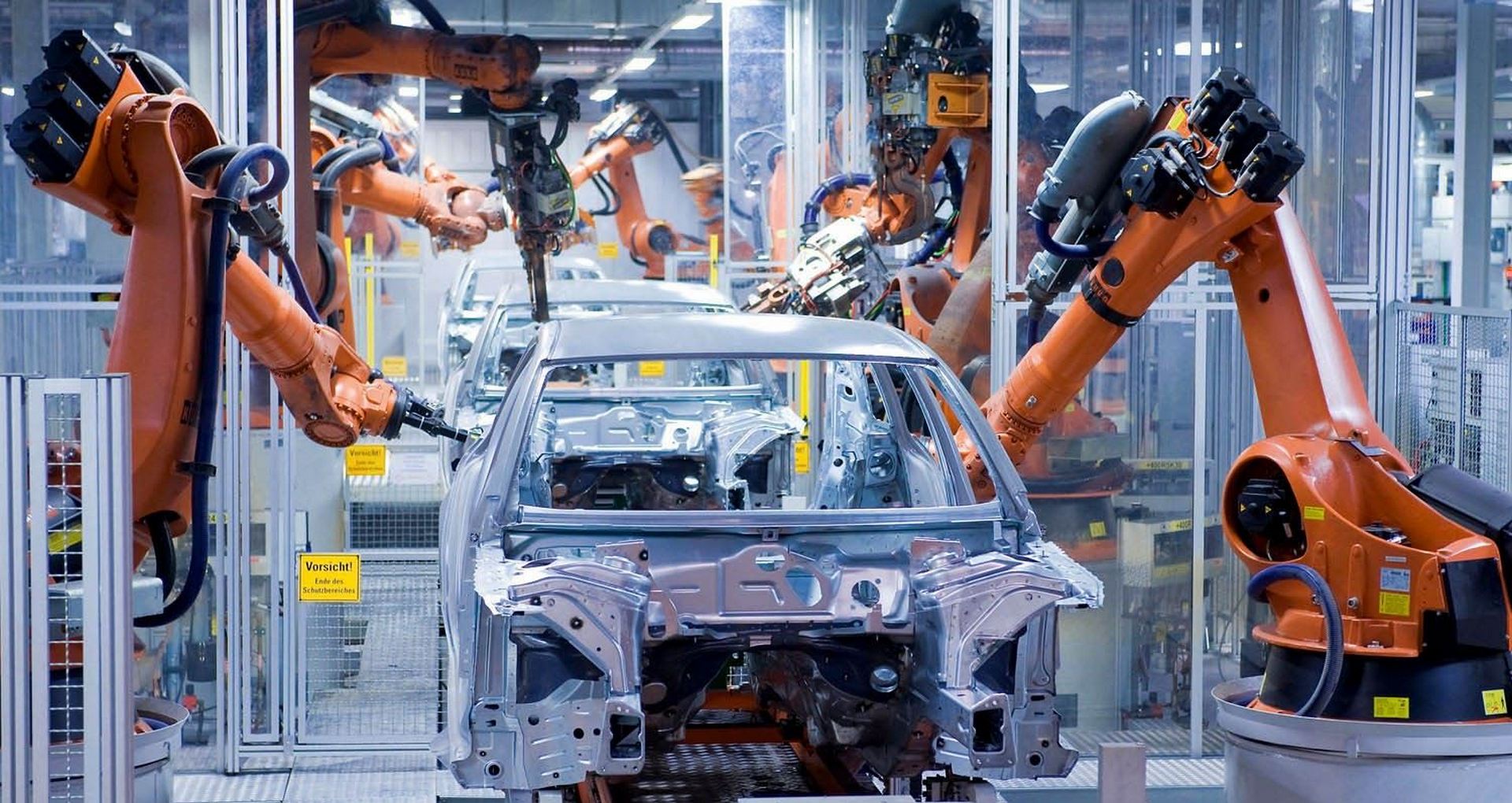 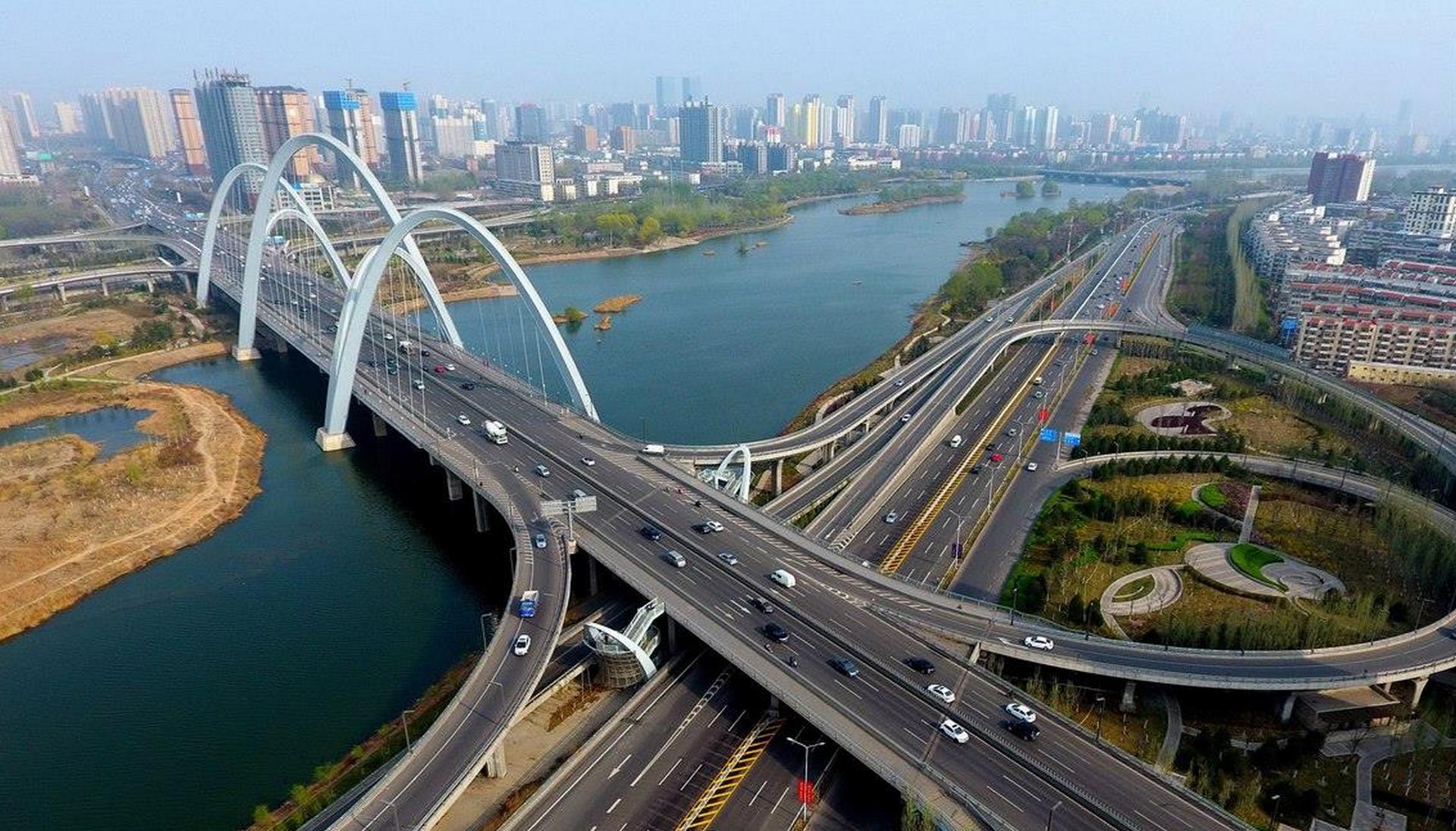 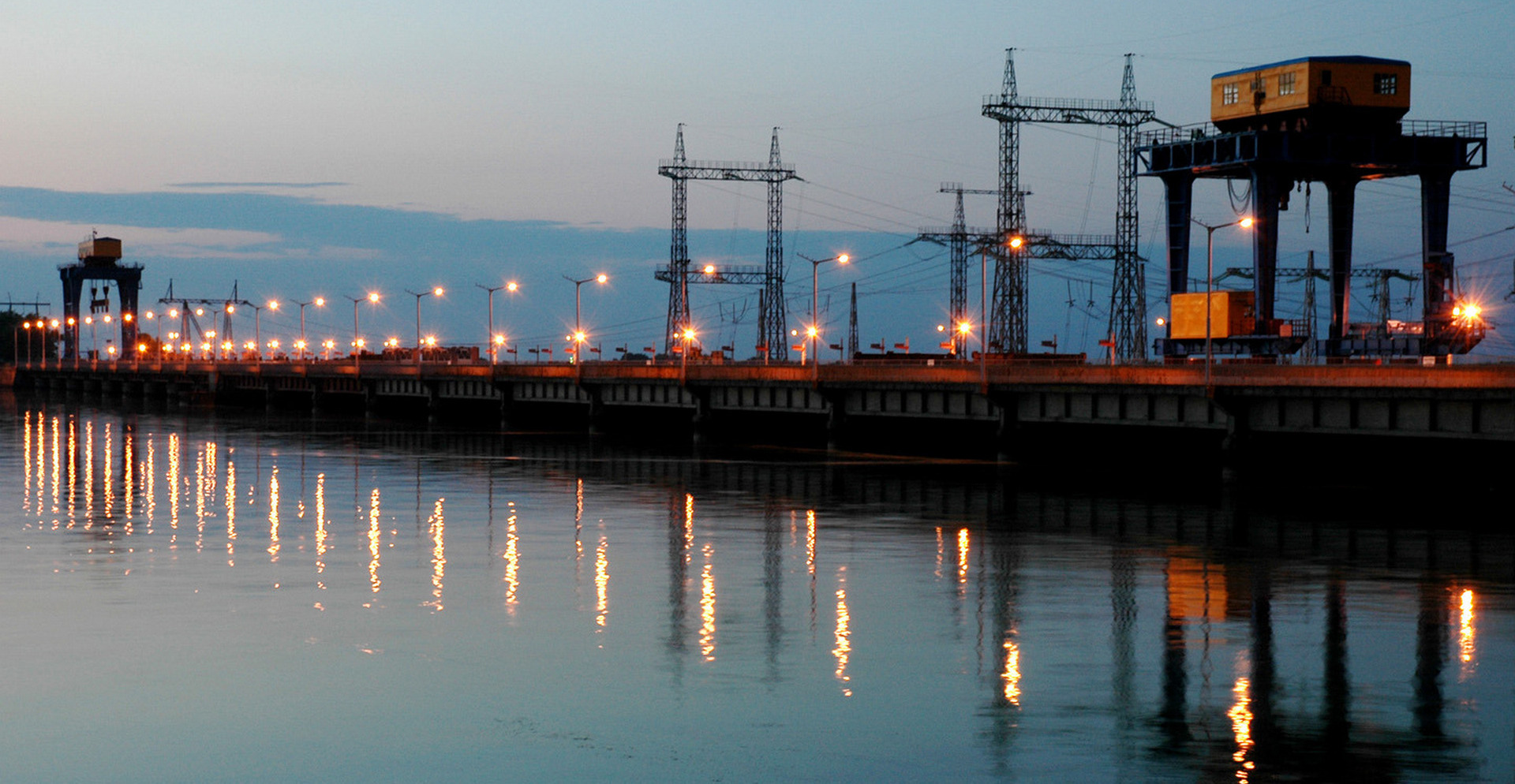 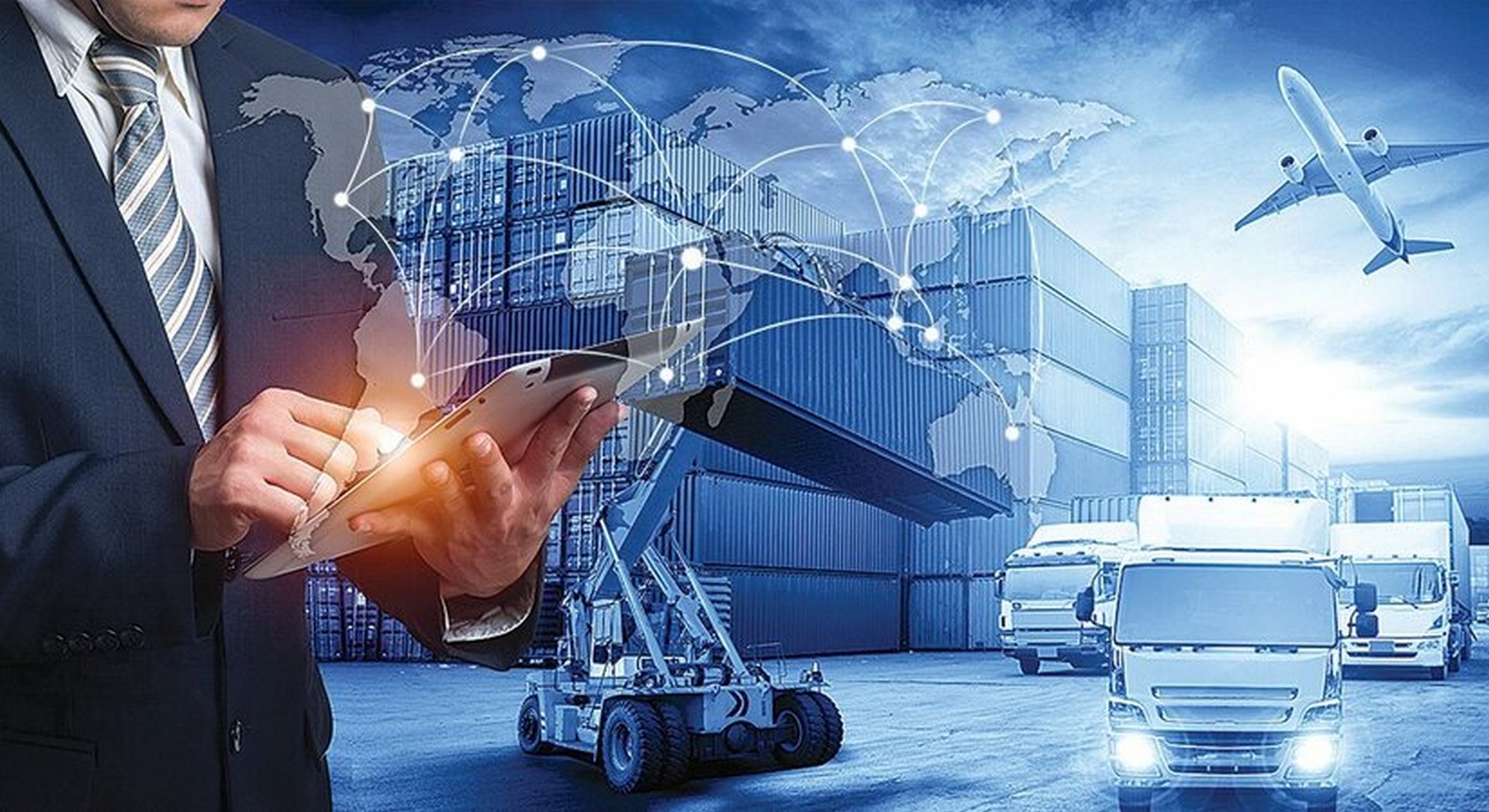 In 1944, Kyiv Automobile and Highway Institute (KAHI) was founded by the USSR Council of the People’s Commissars Decree No 11.06-r of November, 7, 1944 , since September 2000, it has been called National Transport University ( NTU)

In 1944, there were two Faculties: the Faculty of Road Construction and the Faculty of Automotive and Mechanical Engineering which trained specialists in the following areas of specialism: motorways, bridges, automobiles and automobile facilities, road-building machines and mechanisms. Yu. Dadenkov was appointed the Director of Kyiv Automobile and Highway Institute.

In 1959, Ye. Veryzhenko was appointed the Rector of Kyiv Automobile and Highway Institute

In 1964, a research sector (the future research division) was established at Kyiv Automobile and Highway Institute.

In 1965, the Faculty of Engineering and Economics was organized at Kyiv Automobile and Highway Institute.

In 1970, the Department of Pre-University Preparation started to function at Kyiv Automobile and Highway Institute.

In 1974, an All Union traditional student cross country motor race was organized to compete for KAHI prizes.

In 1975, the Faculty of Professional Development was formed.

On January 8, 1979 the first issue of the Avtodorozhnik was released. During its first years of life, 452 issues were released. From 1991 to 2002, the Avtodorozhnik was not published. In 2003, the new rector of the university renewed its publication. Since that time, approximately 600 issues have been published. The newspaper covers the life of the university to the full. It is students who prepare materials that describe their studies, leisure and recreation.

In 1984, V. Kanarchuk was appointed the Rector of Kyiv Automobile and Highway Institute.

In 1985, the Faculty of Correspondence Education was organized at Kyiv Automobile and Highway Institute.

In 1990, the General Engineering Faculty was formed at Kyiv Automobile and Highway Institute.

In 1992, the Faculty of Continuing Education was organized on the basis of the Department of Professional Development of Kyiv Automobile and Highway Institute.

In 1992, the activity of an educational complex began, with the complex consisting of Kyiv Automobile and Highway Institute, automobile, road construction, and road transport technical schools (colleges) of Ukraine.

In August, 1994, after the state accreditation Kyiv Automobile and Highway Institute received the status of a technical university, the highest fourth level of accreditation and the name of Ukrainian Transport University (UTU).

In 1999, the Institute of Transport Economics and Business was formed on the basis of the Faculty of Continuing Education and Professional Development.

In 2000, UTU was granted the status of a national higher education institution and the present name: National Transport University (NTU).

In 2000, the Research Institute of Transport and Construction Technology was formed on the basis of the research department.

In 2000, Lviv Education and Consulting Center of the fourth level of accreditation formed part of NTU.

In 2003, on being elected at the conference of NTU staff Professor Dmytrychenko M.F. was appointed the Rector of National Transport University.

In 2003, the University IV-th level of accreditation status was yet again confirmed.

In May, 2004, Department of Road-Buildings Materials and Chemistry organized a research laboratory «Materials and Constructions Technology in Transport Construction» and named it after Professor Syunii G.K. The main objectives of the laboratory include developing and introducing new long-lasting materials to highways, bridges and airfields.

In 2005, five outstanding university scholars became laureates of the state prize of Ukraine in science and technology.

In 2005, the diploma «Leader of Transport Complex of Ukraine» was awarded to the university.

In 2005, the Academic Council of NTU named the hydraulics laboratory of the Department of Bridges and Tunnels after Professor Yu. Dadenkov.

In 2006, the Kryvyi Rih Education and Consulting Center of the fourth level of accreditation was established.

In 2006, in order to increase quality assurance and in accordance with Order No 282 “On reorganization of faculties” new faculties were formed:

the Faculty of Economics, Management and Law;

the Faculty of Transport and Information Technologies.

In 2007, Ivano-Frankіvsk Education and Consulting Center was established.

In 2010, in Bologna, Italy, the University obtained a certificate of Associate Member of Magna Charta Universitatum (European University Association).

In 2012, the first agreement for cooperation between EUROCAR and NTU was concluded. In terms of this cooperation 4 research complexes and 35 department branches were established.

In 2012, the Lviv HigherVocational School of Transport Technologies and Services joined NTU as a separate unit of the university.

In 2013, the European Commission honored NTU with an award in Partnerships Development and Management.

In 2013, a branch of the International Education Centre for Information Technologies was opened next to the instruction and library building at 42, Kikvidze Str.

It has two multimedia classrooms with 25 seats in each of them.

In 2013, the Kyiv college of transport and engineering joined NTU.

On October 24, 2014, the Council of European University Association admitted.

In March 2015, NTU was awarded Grand Prix diploma  «Leader of Higher Education of Ukraine» and a cup at the VIth International Exhibition «Modern Education Institutions of 2015»

Our university was among the first institutions of higher education in Ukraine to train professionals in: road traffic engineering and control, road transport economics, economics of road construction, equipment and technologies for the durability increase and the renovation of machinery components, transport management.

In 1944, 274 students studied at the university; in 2014, more than 17,000 did. Highly-qualified specialists teach and do research .There are 56 Doctors of Science, Professors and 291 Associate Professors, 11 Laureates of the State Prize of Ukraine, 24Members and Corresponding Members of the Academy of Ukraine. From 1948 to 2014, 27 staff members became laureates of different prizes.

As of today, there are three educational centers, a research institute, and eight separate units: 3 educational consulting centers and 5educational establishments of I-II level of accreditation.

Over the years of its existence, National Transport University has been intensively built, reconstructed and expanded, with its facilities being modernized. Today, the university is a multifunctional complex of modern buildings that include 3 instruction buildings, 5 hostels, a training ground, a canteen, and a sports and recreation camp Zelenyi Bir (Pliuty village)

In 1944, KAHI was housed in a two-storey building of the former Kyiv-Pechersk male gymnasium № 5. In 1960 the reconstruction of the main building was completed. It started in 1945 when two more floors were added to the building. In 1966, a four-storey laboratory building was finished which improved conditions for studies and research.

In 1988, an instruction and library building was opened. The building made it possible to solve problems related to the location of departments, laboratories and classrooms. The total area of instruction premises is approximately 50,000 square meters.

In 1985, the university solved the problem of student accommodation when a nine-storey hostel №5 was put into operation. The so-called “high comfort” hostel has special apartment blocks for married students and their families.

Today, students live in 5 hostels, with 4 of them being located near the instruction and library building and making a university campus. International students have no problems of taking up residence in the hostels.

In 1957, the university was given a construction site in a pine wood not far from the Dnipro River next to Pliuty village, one of the picturesque parts of Kyiv Region. A summer camp for students was erected there. As time passed, the camp became a health center. Thousands of students, staff members and their families have had a rest there.

Our students spend their holidays in camps in the Carpathians and on the Black Sea coast.

In 1979, a two-storey canteen with two spacious halls and a refreshment room that can seat 380 people was built. The canteen provides meals for staff members and students. In the instruction and library building there is also a canteen with 50 seats. To improve food quality for students and staff the kitchens, the halls and the refreshment room were overhauled, reequipped and furnished in 2009.

The university has powerful sports facilities.

In 1970, the university opened a three-storey Sports Center at 36a,Kikvidze Str. The center has a 25 meter swimming pool with a water mirror of 500 m2, a great playing hall and gyms for wrestling, heavy athletics. The floor space of the center is 3586.4 m2. In 2014, open-air basketball and volleyball courts were built.

The Library was created in 1944. At that time it held 17,500 printed items. The number of students, i.e. readers, was increasing every year, so the library had moved to the instruction and library building in 1989. It occupies two floors (7th and 8th) and has 5 reading halls, collections of educational and research printed items and a collection of fiction books. As of today, the information resources of the library contain about 550,000 printed items.

For 10 years, an automated library information system which is compatible with international standards has been functioning here. With the help of this system an e-catalogue of the library has been created. The library has its own website http://library.ntu.edu.ua. This site is open for everyone who wants to get access to its resources. 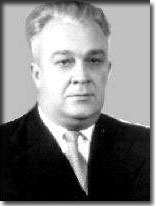 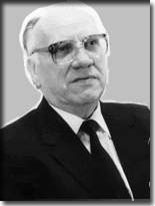 Born on August, 27, 1920 in Kyiv.
In 1946 graduated from the Odessa Institute of Civil Engineering.
From 1947 to 1950 – did a postgraduate course at Kyiv Automobile and Highway Institute.
In 1951 defended his Candidate of Science thesis in structural mechanics.
Since 1952 – Associate Professor.
Since 1968 – Professor.
From 1952 to 1959 – Dean of the Road Construction Faculty of Kyiv Automobile and Highway Institute.
From 1960 to 1987 – Head of the Department of Structural Mechanics of Kyiv Automobile and Highway Institute.
From 1987 – Professor of the Department of Materials Resistance and Structural Mechanics.
The author of many articles and manuals. As a coauthor he wrote the textbook “Statics of Buildings» that has been published many times in Ukraine and abroad. 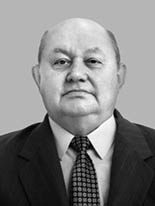 As a scientist V. Kanarchuk contributed to the development and introduction of protective wear resistant surfacing of machine components into production. He was Laureate of the State prize of Ukraine in science and technology. 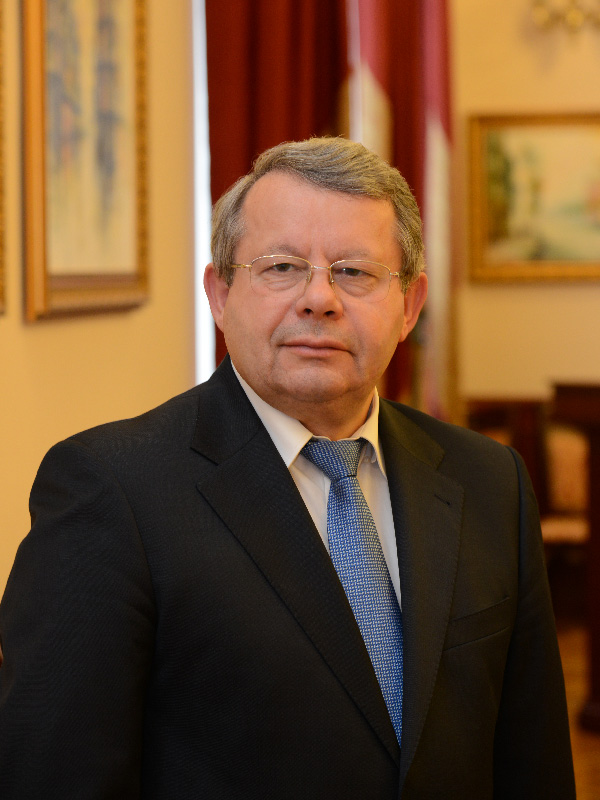 He was born into the family of teachers in the town of Snyatyn, Ivano-Frankivsk region on December, 19th, 1952. In 1976, he graduated with honors from the mechanical faculty of the Kiev Institute of Civil Aviation Engineers where he went all the way through from a post-graduate student, an assistant lecturer to a professor, head of department and a vice rector.

From 2000 to 2002, he served as Head of the Higher Education Department of the Ministry of Education and Science of Ukraine, and it was in that role that he was included into the Commission drafting the Law on Higher Education in Ukraine, developing the concept of distance learning in Ukraine and other legislative and regulatory acts on higher education.

Dmytrychenko M.F. is a well-known and well-qualified expert in the field of machinery and tribology (gear & pinion science). He has authored over 200 research papers, including monographs: “Elastohydrodynamics: Theory and Practice”(2000), “Lubricating Processes in Unsteady Friction Conditions “(2002).

Dmytrychenko M.F. has developed a number of new methods of machinery wear resistance and reliability enhancement. He was an active participant in the exchange and training programs held with the universities of Great Britain, the USA and Canada. He is a member of editorial boards of a number of research journals and theses committees.